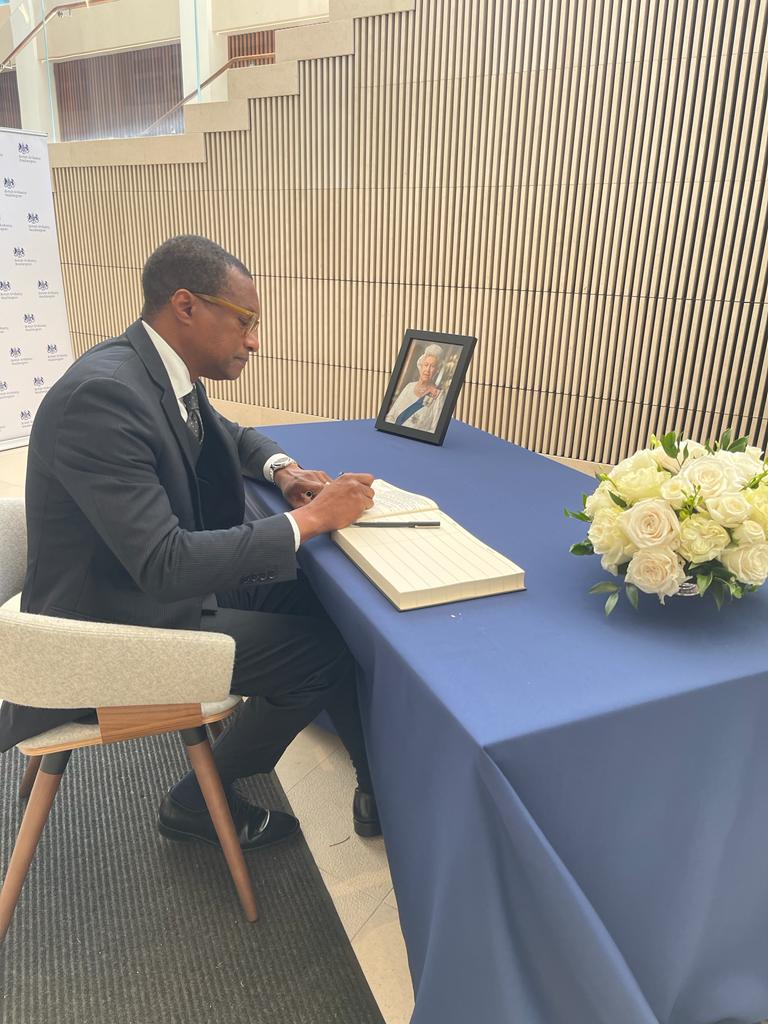 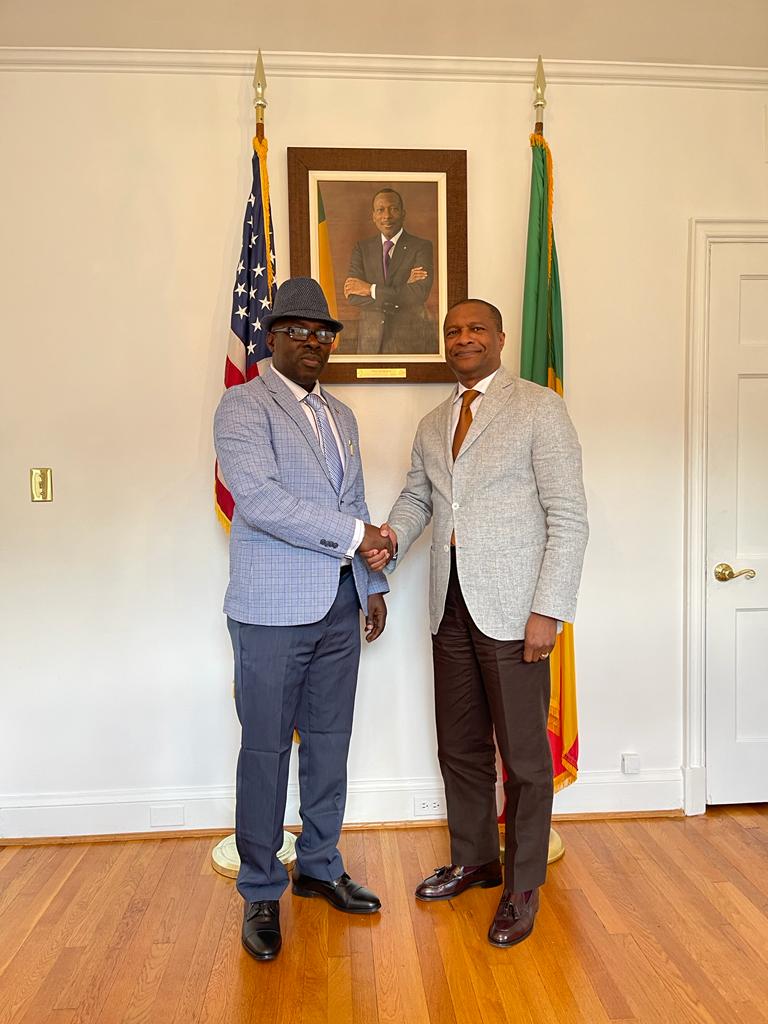 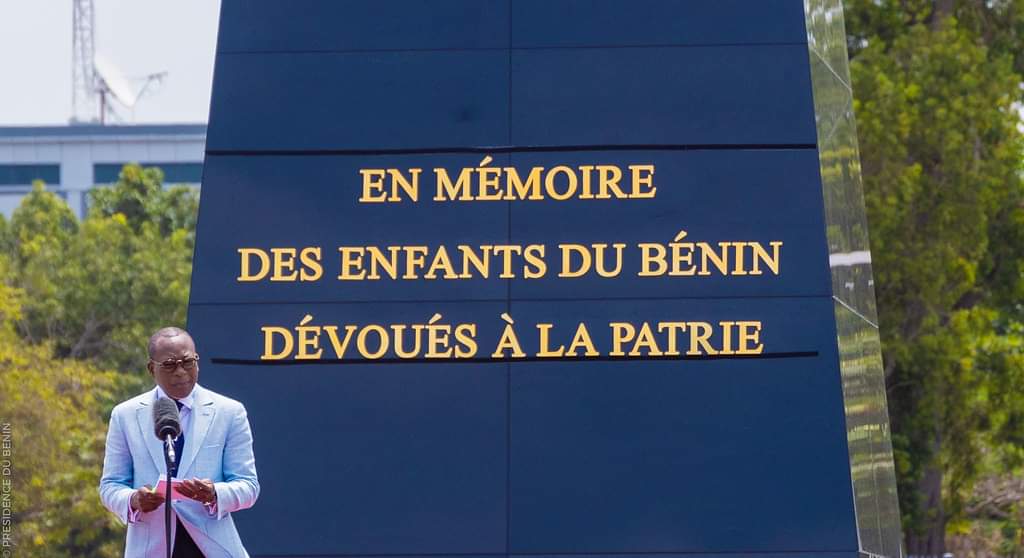 The Embassy of the Republic of Benin in Washington, D.C. would like to inform e-visa applicants of the following:

Some individuals and companies have, alternatively to the e-visa application platform by the Government of Benin, created websites to provide intermediation services in obtaining the Beninese visa and usurp the authority of the visa issuance platform, thereby resulting in additional costs or loss of fees incurred by the applicants.

These precautionary measures may not be sufficient to curb this phenomenon, therefore the Embassy is calling for greater vigilance from visa applicants and would like to remind them that the official website address for the entry visa and tourist visa in Benin is as follows: www.evisa.gouv.bj 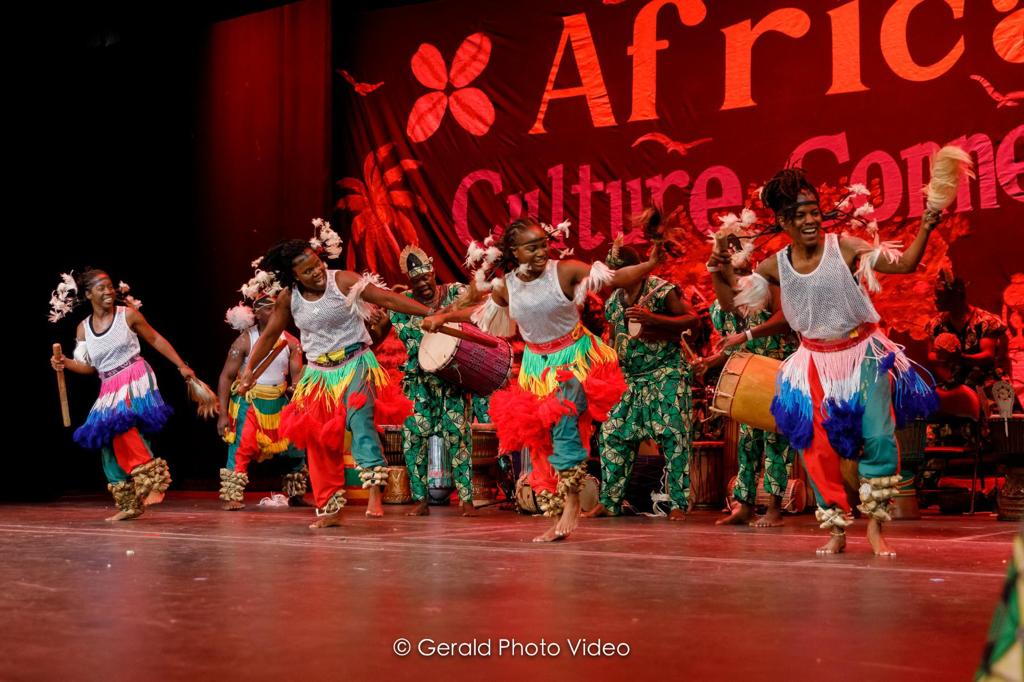 On Saturday, July 9, 2022 hundreds of Americans met at the big hall named Omaha Community Playhouse in the capital city of the State of Nebraska (USA). This is the result of the aura and the regard in which the Beninese artist and his group are held in Omaha.  This event, which was underscored by a great show preceded by an exhibition and sale of Beninese and other African craft products, only helped enhance the glowing reputation the Beninese artist has been enjoying.

For this delightful event and moment of fun, which provided an opportunity to share the cultural diversity of Benin, a repertoire of music and dances from all the regions in Benin have kept the audience on the edge of their seats for over two hours without interruption. In essence, the “TIKPERE” show for the defense of the culture and history of Dahomey performed several dances including “Tipinti”, “Sakpata dance”, “Adjogan” and a showing by “Zangbeto”.

In a decor with subdued lighting, a dozen of Togolese, Beninese, and American dancers, dressed in traditional attire, performed a choreography structured by a continuous sequence in an electrifying atmosphere. 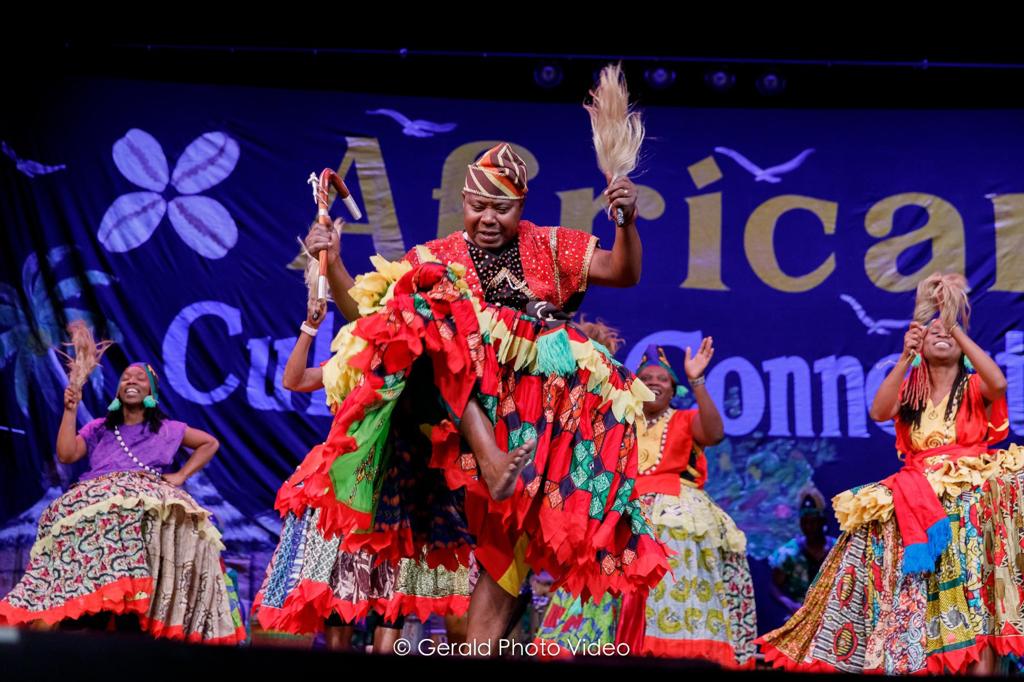 The presentation of the show summarizes the depth and sacred nature of the traditional dance and worship of Benin against a backdrop of the excessive curiosity of two young American men who traveled to Africa to reconnect with the culture of their ancestors. And as if it was just a matter of dancing, they tried to join the group of dancers without any prior initiation. It was at that point that they suffered punishment for violating the existing rules. However, through the intervention of the head of family who was on the premises, they were initiated and were finally able to join the group; A way to show that our cultural values are irrevocable, and no one has the right to desacralize our traditions. A production smoothly executed by American artists trained and coached by Charles AHOVISSI.

“Beninese culture is the basis of my training and after several years at the Ballet National and at Super Anges in Benin, I wouldn’t want to do anything else in the United States”, says Mr. AHOVISSI when we met him during the rehearsals at the youth center on the eve of the event. Sweating profusely after an evening spent on adding the finishing touches, he barely had enough time to introduce his group, which consists of about 20 African American men and women, including three born in the United States. Among them, there are about ten tam tam players, gongs, and castanets as well as male and female dancers. Hundreds of costumes lined up on either side of the rehearsal room. This alone shows how serious and professional the group has been for several years under the leadership of Charles AHOVISSI.

“My joy is expressed everyday when have to share the stage with this group and share our emotion by performing the dancing steps from Beninese culture” adds a smiling AHOVISSI who while directing points out that “by creating the African Culture Connection Foundation, I believe that in addition to promoting my home country’s culture, I can strive towards making sure that our culture doesn’t disappear.” As we’re talking, Charles with a gesture stops the dancing again and instructs his dancers to “start over!” He corrects a few dancing steps, rewinds the music before pointing out the mistakes and instructing the singers on how to articulate some expressions. 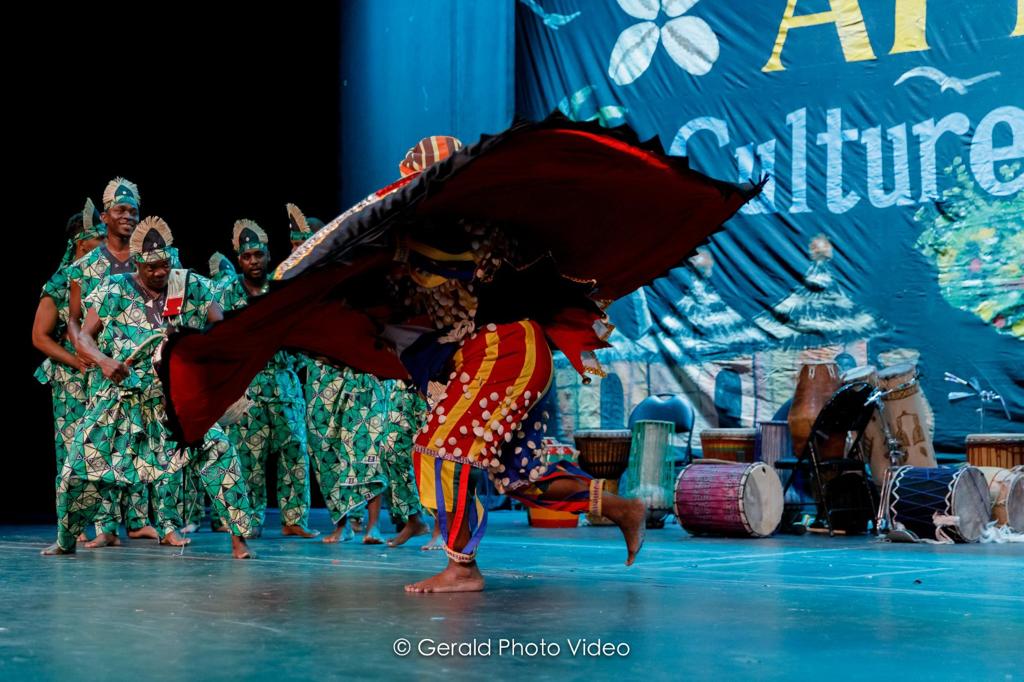 Luc Aho the co-founder, and guest of the African Culture Connection Foundation who flew from Paris specifically for the event, on occasion, showed his approval by nodding in the affirmative to Charles instructions. Later, he told us “Charles is doing great things for the promotion of our culture and we are planning to take on new projects here.” 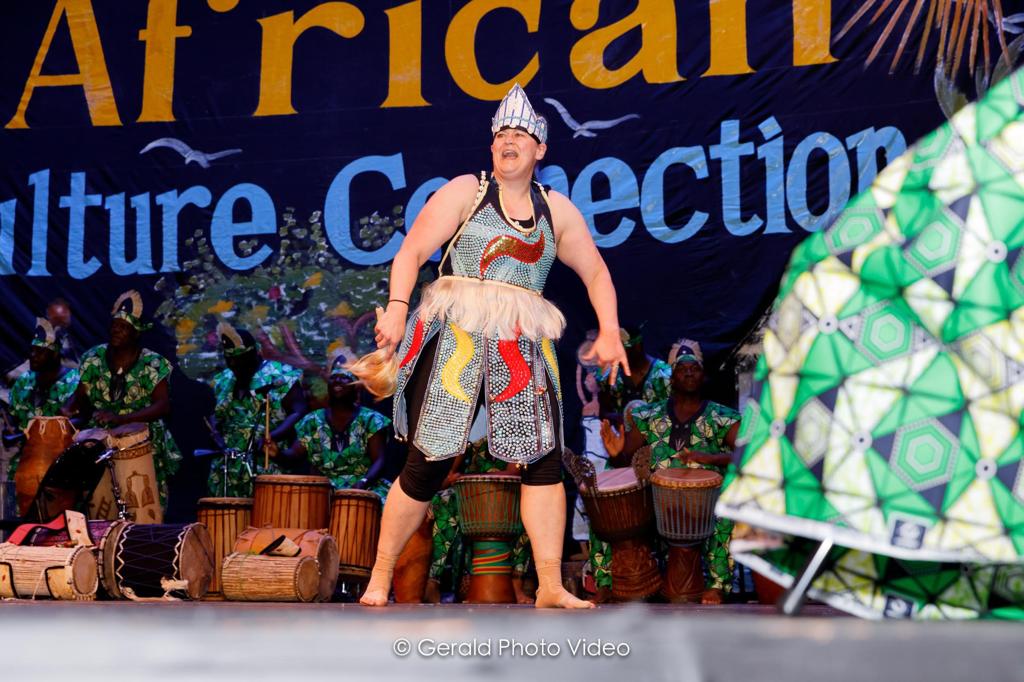 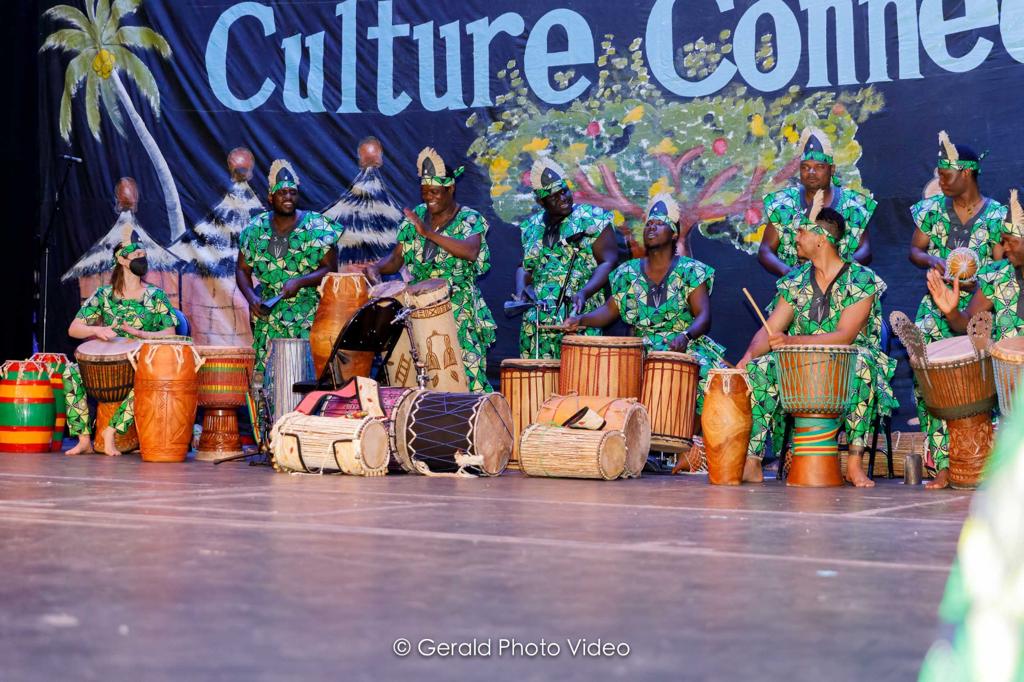 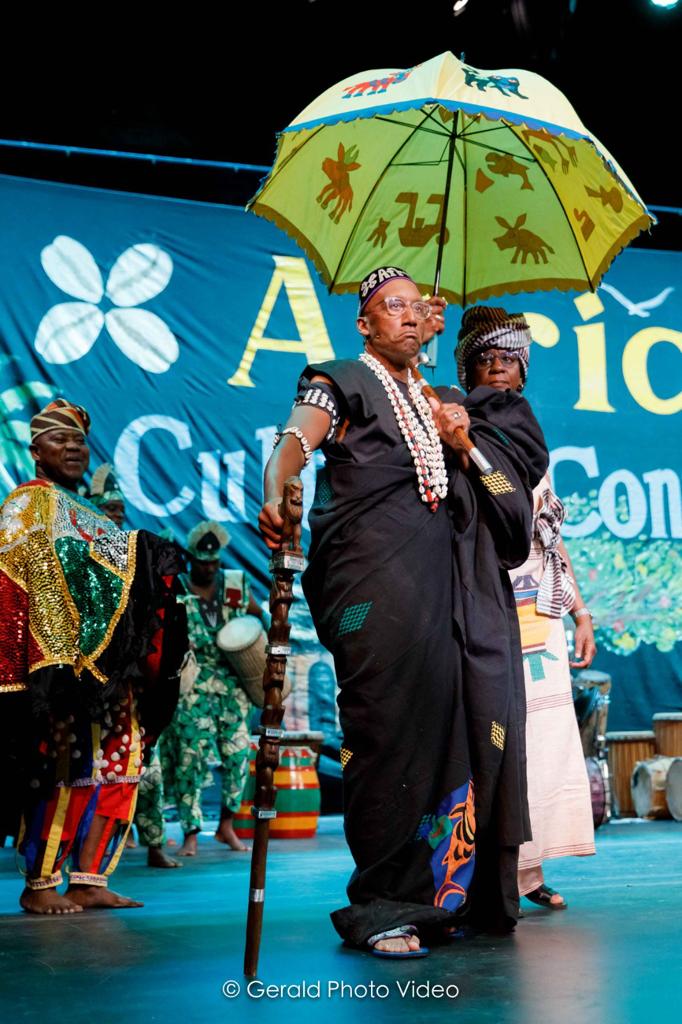 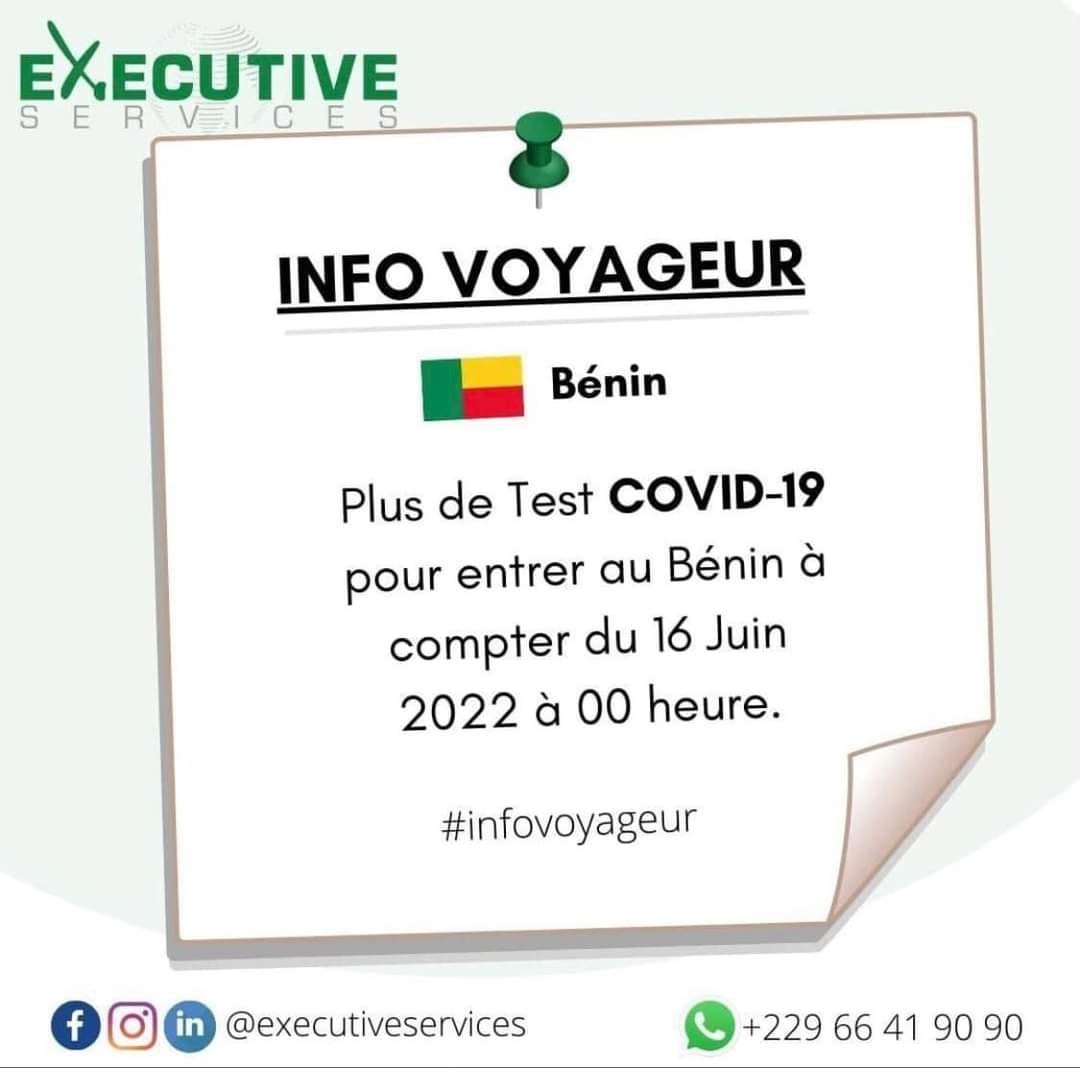 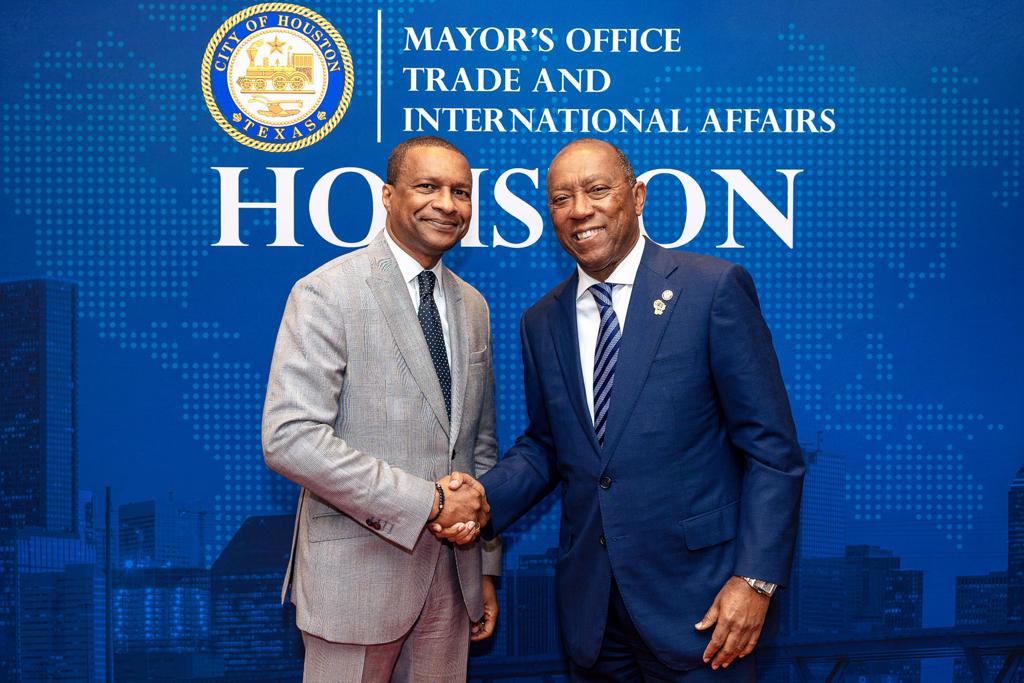